The magical power of the Faen is something highly sought after among Humans. While many tried to grasp the art of sorcery through ancient Faen scrolls, few succeeded. The first Human to do so now serves the King as the Great Mystic. Her ability to turn enemies into ashes and revive fallen allies makes her a force to be reckoned with. 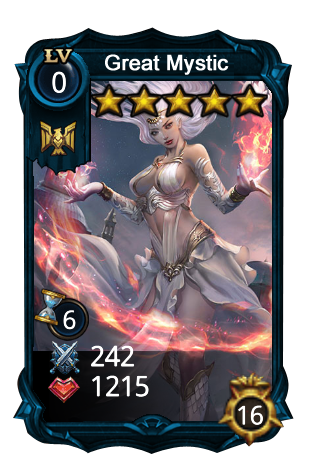 I need a Mystic lol