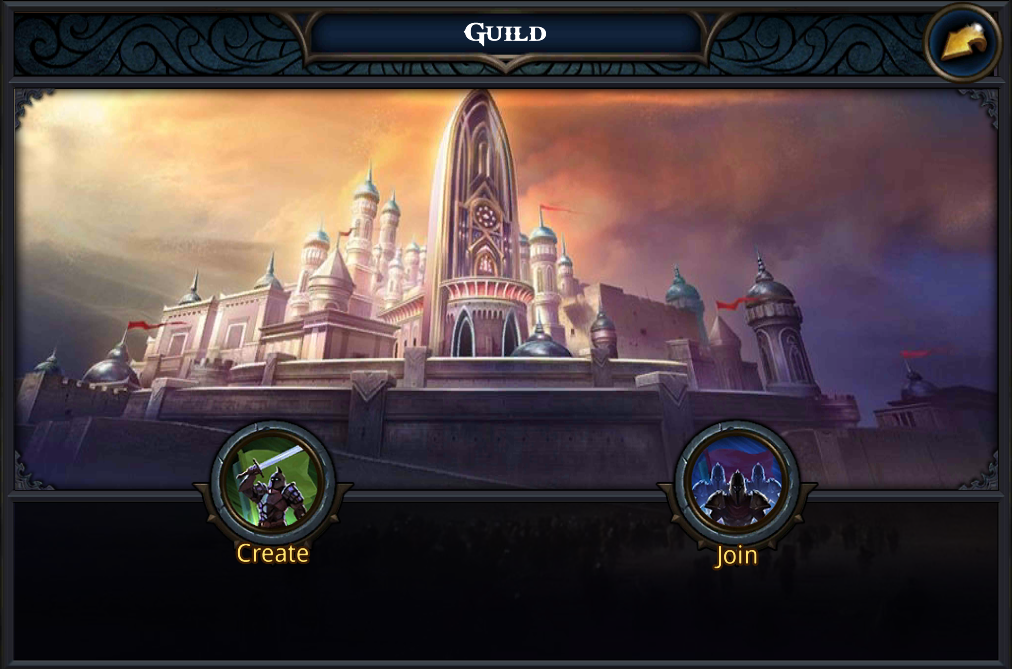 The Guild feature will unlock at Lv 20. From the main screen, tap on Guild to access the Guild interface.

Entering a Guild: There are two ways to enter a Guild: you can either create your own, or join another player’s Guild. In order to create a Guild you will need Gems. To join a Guild, you will need the Guild Master’s approval. 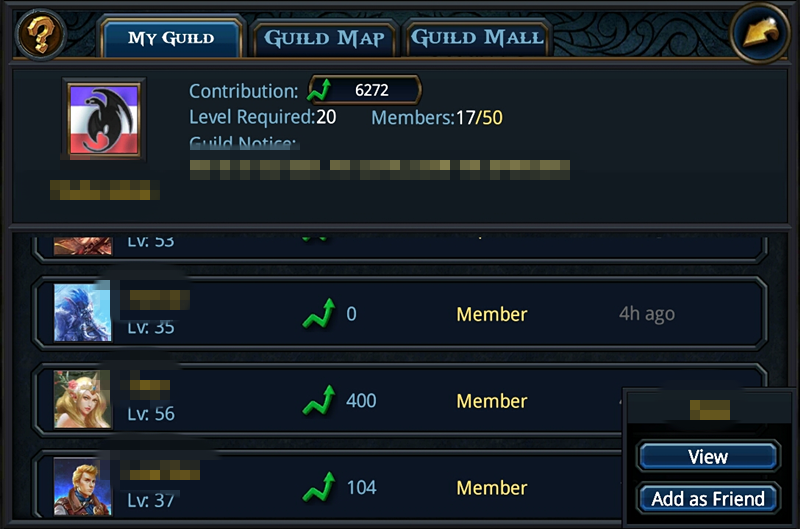 My Guild: You can view your Guild information here.

Guild Name: You cannot change your Guild name once the Guild has been created.

Guild Members: A Guild can have a maximum of 50 members. There can only be 1 Guild Master and up to 2 Captains in a Guild, all other Guild members will be regular members.

Guild Notice: The Guild Master and Captains can edit the Guild Notice to relay messages to the Guild members.

Edit Guild Notice: The Guild Master and Captains can modify the Guild Banner, Level Requirements, and the Guild Notice by tapping on Edit. Please note that some Banners must be purchased before being used.

Guild Interactions: You can view and add your Guildmates as friends through the Guild interface.

Leave Guild: Guild members can tap on Leave Guild in their own profile to quit the Guild. 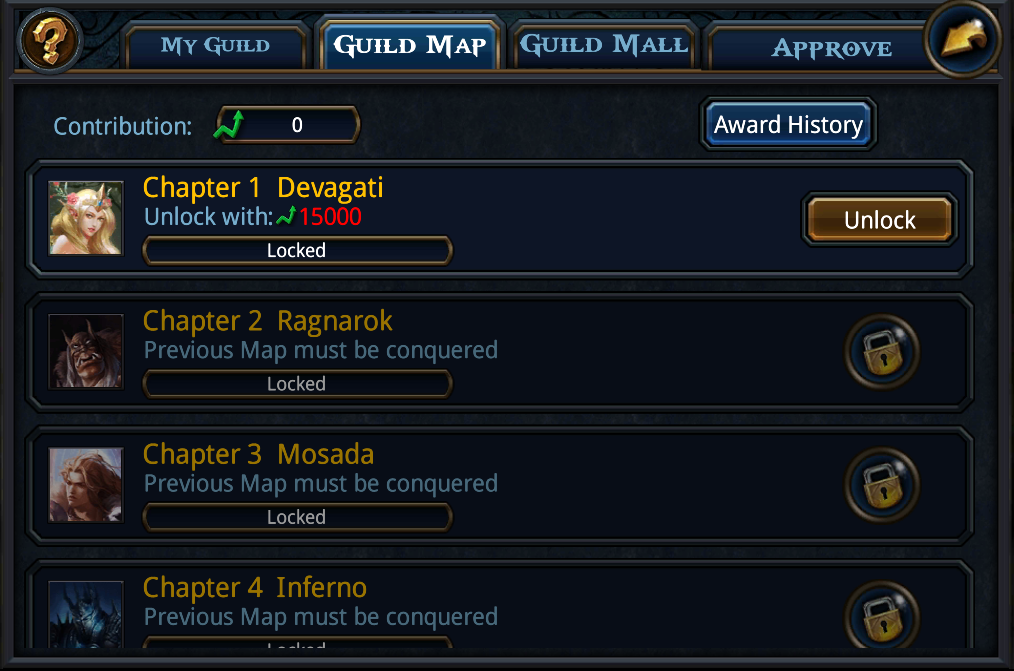 How to play:
Challenge Guild Maps and work together to complete the objective with your Guildmates. Energy is not required to enter a Guild Map, and there is no limit to the amount of Guild Maps you can enter. However, you can only battle twice in each Guild Map daily.

Unlocking Guild Maps:
Clear all dungeons in the previous Guild Map to unlock the next Guild Map.

Clearing a Guild Dungeon:
Destroy all enemy Creatures to clear the dungeon.

Clearing a Guild Map:
Clear all dungeons in the current Guild Map to clear the Guild Map.

Dungeon Reward:
Players will receive Coins based on the amount of damage dealt in the Dungeon. Destroying Creatures in the dungeon will also grant bonus Creature Shards.

Final Hit Reward:
The player who delivers the final hit needed to clear a Dungeon will receive bonus Guild Credits.

Dungeon Clear Reward:
Bounties will be awarded to the Guild for clearing a Dungeon. Players who wish to obtain the Bounties may do so with the “Apply” button.

Ranking Reward:
For each dungeon, players will be ranked by the amount of damage they can deal in a single battle. After the dungeon has been cleared, players will be awarded based on their rank.

Bounty Application:
Bounties will be awarded for clearing a Guild dungeon. Bounties can be obtained through the “Apply“ button. Players who have applied for the bounty will be added to a queue where unassigned bounties will be given out at the top of every hour.

Application Limit:
At any time, each player may only apply for one bounty. Players who have received a Bounty will have their application withdrawn.

Bounty Award:
Each day, the Guild Master and Captains can assign 1 bounty to a member of their choice.