[Guide] Guidelines in Getting Better at this Game (For New Players)

*Note* Forgive me for using abusive or inappropriate language in the following sentences that I will write. Well, sometimes you just need to curse to express what you feel.

*Note 2* Yes, these guidelines are only for new players because most of these stuffs that I've written down in here are already known by seasoned players.
*Note 3* English is not my native tongue.

*Note 4* If you're a complete noob, get out of here and do some research on the game. Don't expect me to explain every part of the game, you shits. If you don't know where to look at, check out AlternativeF's guide (A new player guide, Let's walk together ( Q & A ) Spending gems, and more.).

Since this guide is for New F2P players, let's start first by answering the question most people would ask.

"How can I get better at this game if I don't even have Gems?"

The only answer to that question is luck. Well, if it's purely all about luck, then this guide wouldn't be here, would it?

Your first 5x Gem draw should give you a 5* creature, welp, luckily for me, I got Phantom Liege as my first 5* creature. Days after that, I got Anathema from the coupon draw, which lead me snowballling to the top of the Arena ranks, and giving me tons of Gems.

This luck lead me to become a good player.

However, if you didn't get lucky, then you should read all of this.

1. Learn How to Meld Effectively
I'm assuming you already know how to meld?


Notes for meld. The 15% or 22.5% applies to the current meld, so you actually have a chance to meld successfully without having to max out the 100% expertise.

A melded 4* creature can be stronger than an un-evolved 5* creature.


Use this to your advantage and start grinding for 4* creature shards, don't just focus on getting 5* creatures. Grinding is the best way to get to the top.

Currently the best 3* creatures to meld are: 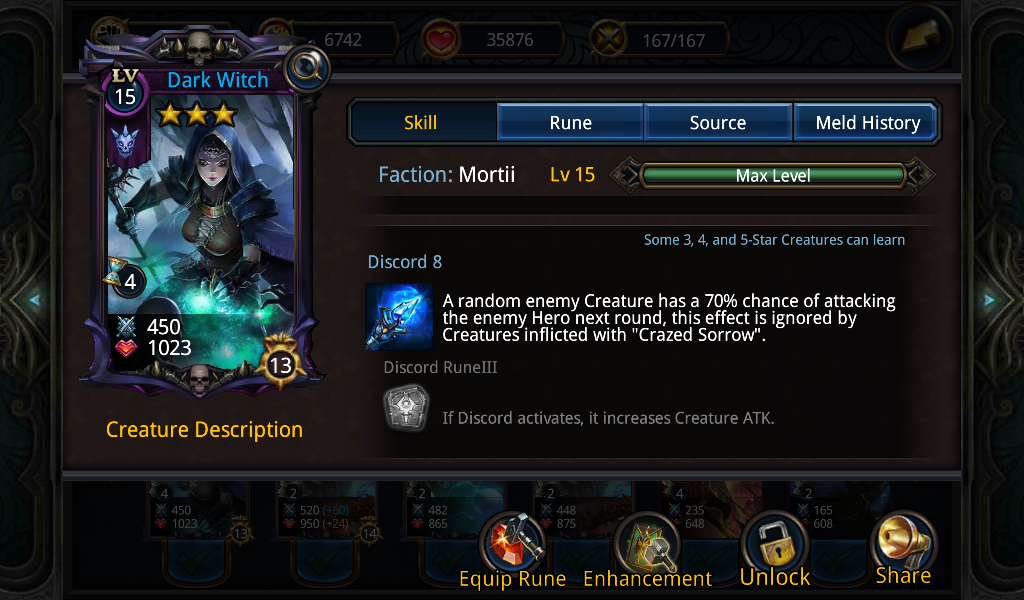 3. Frost Rager with Block (and Block rune) Insanely good against players with Sweeping Blow creatures (Block Rune lvl5 would reduce their damage by 50 per hit), or in Guild Maps. Easily attainable.

Some honorary mentions are :
1. Manticore with Battleblow/Ambush (and Ambush rune) Good assassin against Frost Armor creatures

*Disclaimer* These melds are not originally thought by me and were just posted up in some forum which was collected and compiled by the blogger.
*Note* Also, if you want to search for more new melds to try out, just search the internet. I'm sure you can find one.

There you have it, a way to counter "OP" 5* creatures.

2. Save for 4* Hero Shards
One mistake that I did when I was playing this game was that I actually tried to get a 4* Hero by using Altar. Sighs. Either 900/1200 Gems were wasted there.
For fairly new players, start getting 4* Hero shards from Trials and Gauntlets.

If you're proactive enough to join Guilds and contributing in Guild Wars then you now have better options because the Guild Mall offers all 4* Hero shards.
My first 4* Hero is undoubtedly Wight. He's the best Hero to have for PvP because of his Undying ability which makes it a trouble for your enemy.
3. Maximize Deck Strength by Maximizing Talents
Yes, I've seen players who only settle for just Undying 5/6/7. Or just settle for Agile 5 or even Deathcloud 4/6. Now, this isn't exactly bad. But just settling for mediocrity won't make you the best player.

I know, it's hard to get Glory, especially now that you must spend your Glory in rolling Runes, you really have to abuse the Raids as much as possible. But it's worth the trouble.

The best skills worth maxing may vary from your tactics and deck composition.

The best skills to max for in each faction are as follows:

Skills present in all heroes that are worth getting if you are not interested in any of the above.

4. Only Spend Your Gems on Creature Boosters
This should be common sense. Try to get Great Mystic ASAP!!!!

But I remember spending all of my hard earned Gems in Lucky Draw. Ah, such bliss. Ah, such ignorance. They say that ignorance is a bliss afterall.
But yeah, let's stop talking about depressing stuffs.

Even though I'm a F2P player, I'm proud to say that I got one of the best Creatures in this game, Great Mystic. It was the happiest moment of my life. I could still remember how I screamed like a little fangirl. Ah, such bliss.

Back to the Guide.

Great Mystic is fairly hard to get.You might need to spend 5k-10k worth of Gems in order to get this creature. But it's worth it.

If you could get this Creature, then you could skyrocket into the Arena ranks.

5. Join a Guild ASAP
Joining a Guild would grant you some rewards.

First, Guild Wars reward you with Glory, Guild Credits and some Gems
Second, as stated before 4* Creature shards are available in Guild Mall using Guild Credits earned from Guild Wars and the Guild Map

Third, completing Guild Maps would reward your Guild with 5* Creature shards and 4* Creatures which you can get by Applying. Fighting in guild maps would give you Gold.

Basically, joining a guild would make you stronger in no time.

Yes, the Seals is the best way to get 5* Creatures.

Thalassa is a Top-Tier creature, and is the best one to get early into the game. Although quite weak alone, his strength comes from his ability to Recycle or bring your dead creatures to your deck. By spending your energy in getting these creatures, you can get some of the best 5* creatures in the game.

Signature
INACTIVE | Starting to get back into this forum next week

Niddhog isn't the worst, but he's down there. I think I might put Bloodletter and Terror Dragon below Nidhogg, depending on exactly where you are in the game. Even at the earlier levels, Bloodletter is relatively weak.

Hmm this seems like a good start. Border and DarkWitches are definitely something you want to meld. I'm not sure about Faen Rangers though. I much rather focus on Frost Ragers.

The important thing with 4* heroes is to only buy one type of shards to begin with - Wight. You won't have the resources to buy any other hero at the same time, so just focus on Wight. Wight is by far the best 4* hero to initially start the game with. If you can find a seasoned guild, it will help speed up that process of attaining Wight as well.

Bahamutt Rated on 9/2/15 7:49:23 AM
Yes, Terror Dragon is one of the worst 5* early on due to the fact that he needs to be of lower health to deal damage, but unlike Nidhogg, he can be placed in any kind of deck. But I think it's not the case for Bloodletter early on into the game. She has Bloodsap for sustain, and Tit for Tat for huge damage, which she certainly can abuse since most new (around level 30 or so, I guess?) f2p players would only have 3* creatures in their deck by the time they get their first 5*. Having that said, you would have a lot of creatures in your graveyard by the time she gets put up into the match. Theory-wise, she can practically 1v5 enemy creatures, if assuming your enemy doesn't have any Frost Armors. Nidhogg's definitely the worst out of them though because he can only work in a neander deck, and most new players would start by making a Faen Deck, Nidhogg's Earth Totem would be completely wasted. Thank you for pointing out that Faen Rangers and Frost Rager mistake that I didddd~ Thank you, thank you.

Jaxius666 Rated on 8/9/16 8:14:57 PM
I disagree with your comments about bloodletter, terror dragon and niddhogg. All three have stoneskin for a start. Most people get sucked into the same old melds. I like to explore a cards capabilities. I would like to meld fa5 and bb8 terror dragons. Revive and recycle nidhoggs. As for bloodletter. I want to try something ive never seen before. Pursuit. A pursuit bloodletter self heals. Has stoneskin. Buffs attack in either a winning or losing situation. And its attack will be significant in an end game situation with cards dead on both sides. Exploring the possibilities and capabilities of cards is good for player development. Unless i should start speaking baaaaa! And just make what everyone makes. Because thats what they say 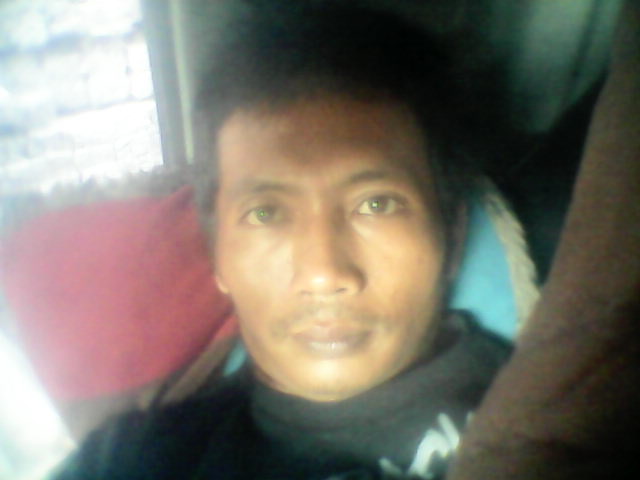 Guild battle takes place for 100 rounds only after that the match is over.

A.  Opponent talents.
1. Curse -  does 5 percent + 500 dmg to your hero
2. Mantra -  heals self and all creatures and removes all negative buffs

The last thing we want is a mantra proc as it removes delay/freeze/flaming/entangle/death curse.


B.  Types for creature abilities required for damage and survivability in guild maps are

Note -  all the above mentioned melded with immunity or frost armor depending on the opponent.


C.  Damage
there are 2 strategies which we can follow.

1. We can use are summoning hero which will not die and the summon will take the damage (best -  berserker /predator) and follow it up with a frost armor /bloodlust,  frost armor /anger etc combinations and put some mass heals to keep the creatures alive.

2. We use wight and deal damage with his death curse and put creatures that can keep wight up and also them selves.

Note -  using strategy 1 we can get Upto 300-500k dmg in selected maps.  Using strategy 2 we can get up to 2 mil dmg in almost every map.  So 2nd strategy is by far better than the other one.

Cripple -  this gives a hugggeeeee boost
Entrap 4 -  helps in the initial few rounds to keep your deck up.

1. Generally the deck composition should have 6-8 percentage bless,  450-800 mass heal,  frostbite/delay and fatigue.
(6 percent bless and 450 mass heal u can get with 3 oracles)
And other creatures u can have the ones with frost armor.

2. cripple is very important as most the of the opponent creatures have very high attack and generally kill our creatures without frost armor in 1 or 2 rounds.  So with initial cripple and then fatigue added to it..  We render all the opponent physical attack creatures as a waste.

F. Mostly used melded creatures
1. Oracle with frost armor 5 or 7 or 8
2. Oracle with immunity 7 or 9 (oracle with immunity 9 is one the best melds in game not just for guild maps for other stuff also..  So it's a really good card to have)
3. Horned beast with fatigue 6 or 8
4. Cave dragon with frost armor
5. Frost ragers with block (against creatures like fafnir because fatigue and cripple doesn't work on them due to immunity)
6. Frost ragers with bless ( u can use bless 7 from blood warlock)
7. Ash beast/sword master melded with frost blade 5 or 10.. ( with frost blade 10 they generally freeze 3 creatures per round)
8. Nidhogg with frost armor ( for delay)
9. Naga mistress with frost armor ( she is a boss with freeze)
10. Naga mistress with immunity (she is a bigger boss..  Lol)
11.Blood warlocks with earth totem ( but we have to use many of them like 3-4 together so that they increase the hp.buff and survive)

Okay guys these are the basic tips and tricks abt guild maps..  Maybe I have missed a point or 2..  I'll add them when I remember/encounter.