Being one of the King’s oldest guards, the Royal Knight is no stranger to battle. His experience grants him the chance to inflict additional damage while buffing the attacks of fellow Humans. Foes who wish to challenge the Royal Knight should come prepared as his armor deflects the blows of weaker enemies.

Block 7 Reduces DMG taken from physical ATK by 175.
Battleblow 5 50% chance to increase ATK by 100% when attacking.
Humanity 6 Increases the ATK of your other Human Creatures by 150. 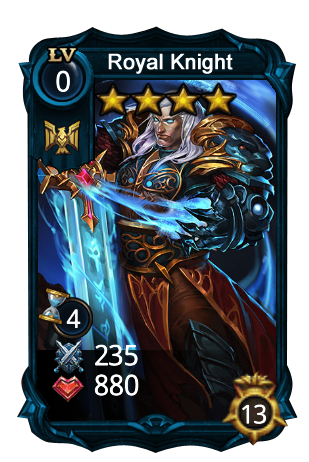 I have this one. He is useful