Entrance: At the opening screen in the top left area is the Secret Region. Tap on it then scroll to the right and select Grimoire. 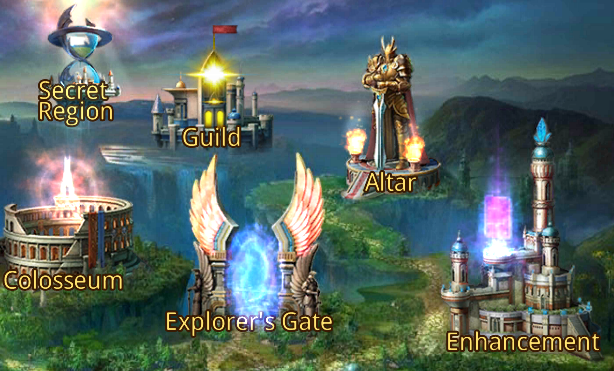 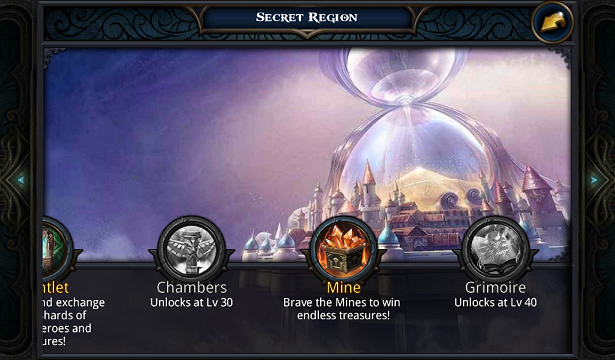 1. The " 2/2 " Stands for how many times you may defeat the current challenge. If you lose energy will be lost but you can keep trying until you win or until that days challenge ends.

2. The difficulty you choose determines the level of the shards you receive.

3.  Check "Upcoming Challenge" to see the next target and its rewards.

4. "Scraps" is the area you redeem the shards you collect for the available runes.

5. "Enemy Lineup" Shows you what to expect with the current challenge and difficulty. 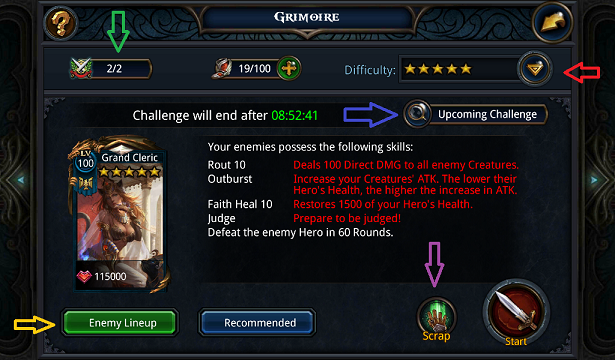 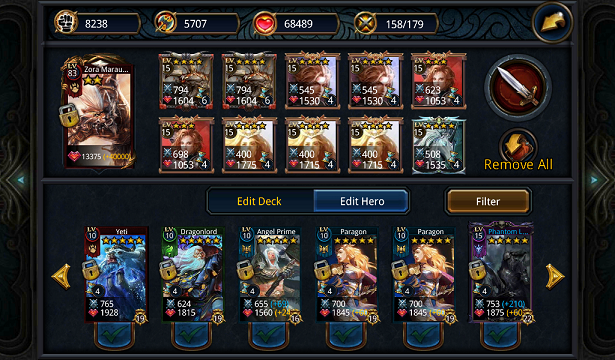 Once you know the current challenge feel free to press the "Start" button and select your team. The challenge in the above screenshots is to "Defeat the Enemy hero" on 5 star difficulty so I built a team I use to defeat it.

Hero - Zora Maruader Equipped with Heal Amplify, All Vigor, and Hero Vigor runes. The hero vigor rune was not needed bu I had it anyway.

1. Graboid. melded with Stab Through along with the Stab rune.

2. Graboid melded with Stab Through along with the Stab rune.

3. Techno-Chief melded with Stab Through along with the Stab rune.

4. Techno-Chief melded with Stab Through along with the Stab rune

5. Border Ranger melded with Stab Through along with the Stab rune.

6. Border Ranger melded with Stab Through along with the Stab rune.

9. Oracle with Bless rune
10. Horned Beast melded with recycle but better off with say another Oracle since your creatures should not die.

Oracles for their heal and Human Creature health buff.
Border rangers, Techno Chief are the hero killers due to them having sweeping blow and me melding them with stab through. Them being human creatures allow them to receive bonus Health so they can stay alive despite the incoming damage.
Graboids were mainly useless for me since they died early in the fight due to the heroes skill and increasing creature damage. It may be useful for the lower levels.
Horned Beast another pretty much useless card for me. At least for that level of difficulty. 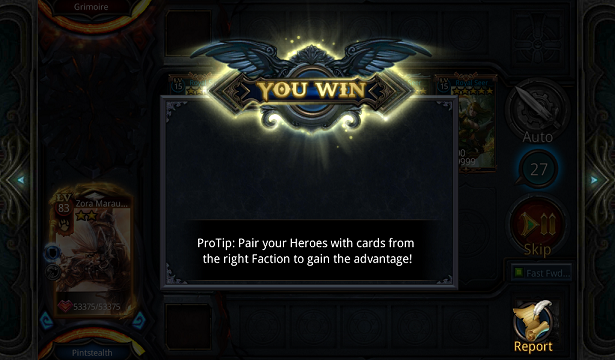 Once you select your team start the game mode and play your creatures as you see fit then when all cards are played feel free to press the auto button if you do not play on anything dying then being revive/recycled. Once you press auto feel free to watch or skip the fight. 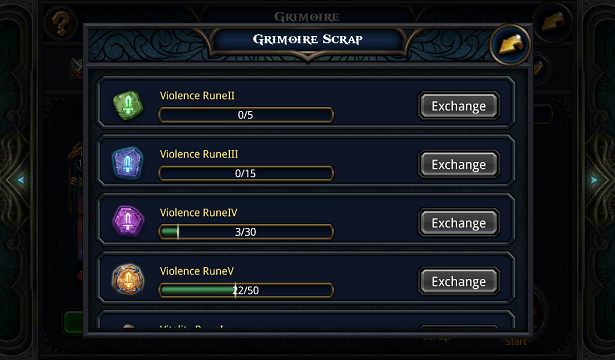 
Zora Marauder as the hero

Defiler as the hero equipped with heal amplify rune

You should aim to place the queen temptress so it can hit the enemy hero. I put in two just to be lazy but you can add another healer or delay instead.

Nice guide, think you got information on how to defeat the other challenges and what cards would be the best?

So far I've only been able to defeat the level 2 difficulty challenges cept for the one where you have to survive for 20 rounds, can only beat the level 1 challenge for that.

Very nice decks however for lower level players. 6 unmelded oracles. 3 border ranger with stab 6. Lev 1 stab runes. Easy deck to make. Zora. The defiler grim just as much rebirth as you cram into one deck. Recycle. Revive. My lev 55 alt can almost crack them.